The number of freshly baked cinnamon rolls we roll out each month.

When John Arnolfo purchased the Silver Grill on February 14, 1979, the Cafe sat a mere 40 customers.  The restaurant operated for 7 years struggling for an identity.  At that time, cinnamon roll franchises were popping up around the country.  Plus, there were local favorites known for their cinnamon rolls.  John felt he could fill the niche of being Old Town’s Cinnamon Roll King.

John watched, observed and collected cinnamon roll recipes from family, friends and cookbooks.  He saw that each recipe started with a sweet dough made from basic ingredients.  Eventually, John found a simple recipe from a 1969 Better Homes & Gardens cookbook and mixed in ideas from other recipes.  His cinnamon roll journey had begun.

With little experience and virtually no knowledge of baking, John baked his first cinnamon rolls.  He was proud as a peacock as he pulled the 18 rolls out of the oven.  Truth be told they were terrible and hard as hockey pucks.

But John persevered.  He kept playing with the recipe and the rolls became much better.  Soon he was baking 36 rolls a day.

Within 3 months, demand for the cinnamon rolls outpaced his ability to bake enough.  He needed help and advertised for a baker.  An older gentleman answered John’s ad.

Little did he know the man was Russ Hamilton, a retired German “hand baker” eager to come out of retirement.  Russ took John under his wing and taught him how to bake like a professional.  Everything from rolling the dough to proofing, tenderizing, glazing and frosting the rolls.

Within a year, not only was John baking dozens of rolls each day, the Silver Grill was booming.  He was able to buy the adjoining building and doubled the restaurant’s size.  As they say, “The rest is history.”

Thanks to Russ Hamilton’s expertise years ago, the Silver Grill today bakes over 10,000 cinnamon rolls a month.  John has expanded the restaurant five times, dramatically increased seating, and added an award-winning back patio. 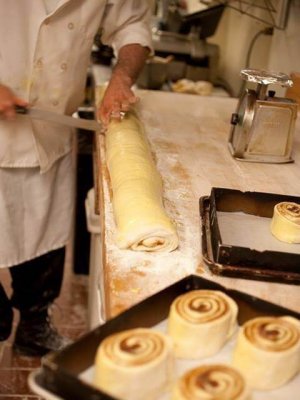 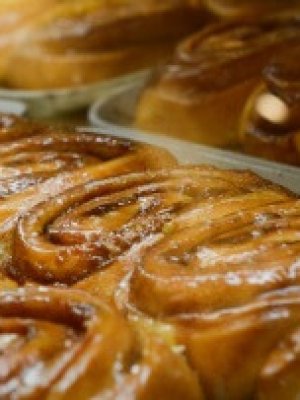 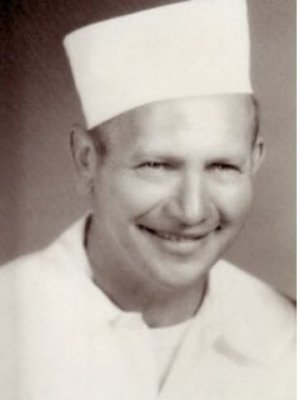