"nothing Will Change. The Legacy will live on." Fort Collins Coloradoan & Silver Grill, December 17, 2021

After 42 years owning the historic Silver Grill Cafe,  John Arnolfo recently sold the restaurant to Alan and Jackie Jantzen of Loveland. The couple, he says, are “a perfect fit” to carry the restaurant’s 88 year legacy forward. “Nothing will change,” said John, who  remains on-site as adviser. “They don’t even want to change the pictures on the walls.”

Alan said, “It would be crazy to make changes to such a successful and beloved restaurant. John worked incredibly hard to make Silver Grill the most iconic restaurant in Fort Collins. The biggest compliment will be if guests don’t even realize he sold it to us.”

Alan has worked in the Fort Collins restaurant scene for over 30 years.  Prior to Silver Grill, he was the longtime director of operations for Fort Collins restaurant group Hot Corner Concepts, which owns The Moot House, both Austin’s American Grill locations, Comet Chicken, and Big Al’s Burgers & Dogs. For 17 years, Jackie has worked in the human resources department at Group Publishing in Loveland.

While the sale will give John more freedom to pursue hobbies like fishing, cycling and traveling, he will still have a presence at Silver Grill — greeting guests, helping with upkeep of the restaurant’s network of century-old buildings and doing a bit of the same administrative work he’s done for years.

Eventually, as he has time, John also has one more cafe-related task to take on. “I’m going to write a book,” John said.. “No really, I am,” he added after a pause. “People have no idea what it was like 42 years ago and the transition the Silver Grill has  gone through over the decades.”

The restaurant at 218 Walnut St. has a long and storied history in Fort Collins dating back to 1912, when the one-room Uneeda-Lunch Cafe opened a few doors down from  today’s location. In 1917, Uneeda-Lunch was renamed Silver Grill Cafe and stayed open only a year. Then in 1933, Leonidas “Flossie” Widger  reopened Silver Grill in its current location — 218 Walnut St. John and his friend Mike Gress purchased the one-room cafe in 1979, with John later expanding it into the four adjacent buildings.  More history

After graduating from Colorado State University and working in Vail, Colorado bars and restaurants in the mid 1970s, John and his roommate Mike Gress set their sights on buying a restaurant.

They searched high and low — traveling across Montana, Idaho and Oregon. But after finding nothing that suited them, they came home to Fort Collins and drowned their sorrows in a Silver Grill breakfast.

“We always loved the Silver Grill, and we never thought it would be for sale,” John  said, recounting his and Mike’s fateful breakfast there 42 years ago. After talking to some staff, they quickly learned that the cafe had recently been sold, but its new owner was already looking to sell it again. In fact, he had just walked down the street to list it. “We waited for him to come back and negotiated the sale on the spot,” John recalled. The sale closed on Valentine’s Day 1979.

“Mike and I thought after a year we’d be doing so well that we’d open a second restaurant. But after only a couple months, we realized how much hard work it would be,” John said.

The Silver Grill wasn’t bringing in enough money to support both Mike and John, so the two took on other jobs to make ends meet. After working breakfast and lunch at the cafe, John would spend three nights a week tending bar at The Charco Broiler, Mike became a paramedic. The rest of his and Mike’s’ nights were spent cleaning offices as part of a short-lived janitorial business they started out of the back of the cafe. “That’s how we survived,” John said.

In 1982, John bought Mike out of the business. Four years later John was still scrambling to turn the restaurant around. To justify remodeling the cafe, he decided to expand the Silver Grill into its neighboring, vacant storefront in 1986.

That same year, he added cinnamon rolls to the menu. The first batches — born from a 1969 Better Homes & Gardens cookbook and recipes from family and friends — came out “as hard as hockey pucks,” John said, admitting that he didn’t know the first thing about baking back then. But with help from a German baker, Russ Hamilton who answered a help-wanted ad, John fine-tuned the restaurant’s cinnamon roll recipe and people took notice. In 1987, sales at Silver Grill increased 50 percent, he said.

As the Silver Grill’s clientele grew, John kept expanding into neighboring storefronts — always taking special care to make sure each addition felt cozy and authentic. In all, he expanded into four buildings, including the original U-Needa Lunch Cafe, which is now the cafe’s Lower Downtown room.

“I never dreamed that I’d have five buildings and be here 42 years,” he said proudly. “So many things have gone on at the Silver Grill. So many traditions have been created. He especially loves seeing the same families come in to buy batches of Silver Grill cinnamon rolls. And, despite the Silver Grill’s recent sale, those traditions will continue, John said.

“The legacy will go on.” 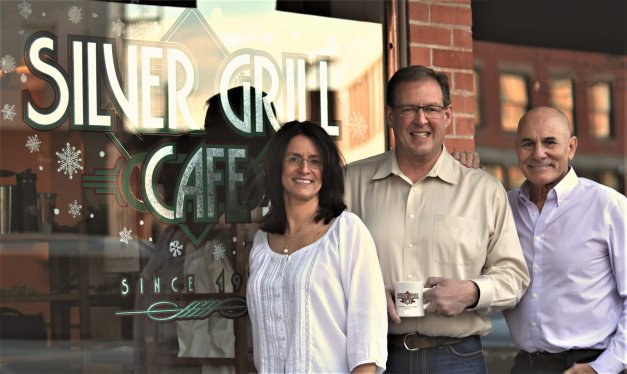 New Silver Grill owners Jackie & Alan Jantzen of Loveland with John Arnolfo, owner for 42 years. “Nothing will change,” John says. “The legacy will live on.” 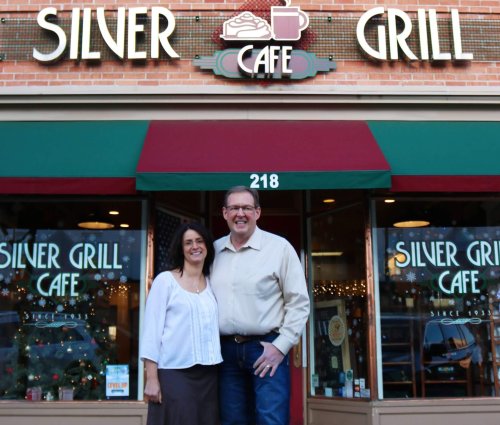 “John worked incredibly hard to make Silver Grill the most iconic restaurant in Fort Collins. The biggest compliment will be if guests don’t even realize  he sold it to us.” — Alan Jantzen 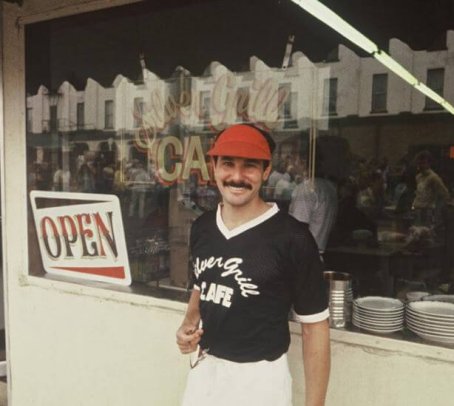 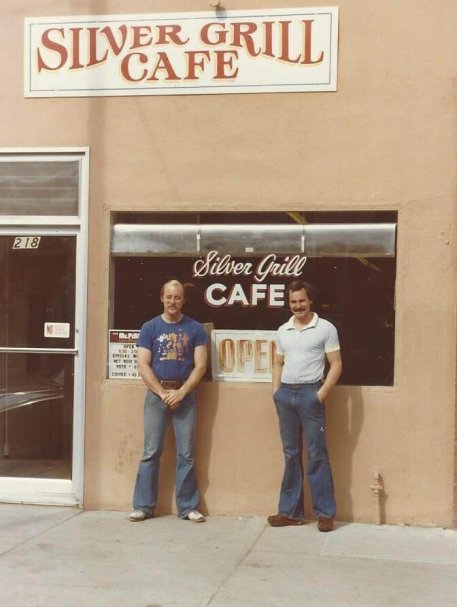 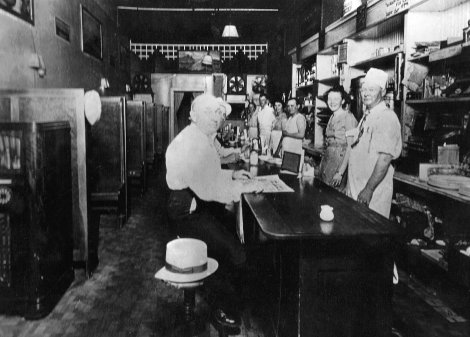 Silver Grill, 1933. Guests can sit in the same room,  which today is the restaurant’s far east room.