Silver Grill is the oldest restaurant in Northern Colorado, serving breakfast and lunch since 1933, and with roots back to 1912.

The Grill’s history began in 1912 as the UNEEDA-LUNCH Cafe (“you need a lunch” — get it?).  The cafe was located in today’s Lower Downtown room, which is just west of the lobby.  Owners Charlie Liggett and Chink Brown purchased the Cafe from a disgruntled shop owner for a mere $140.  Shortly after, Chink left the business and a new partner came on board — Leonidas “Flossie” Widger.

In 1917, they changed the name to “Silver Grill Cafe.”  Legend has it a hungry sign painter thought of the name.  He painted it on the window in exchange for a pork chop lunch.

Just a year later, chink and and flossie sold it to seek other opportunities.

flossie and his family operated the 1-room restaurant until 1949, when his son, Pete, and new partner Max McDowell took over.  The Grill continued to prosper for several decades.

In 1979, today’s owner John Arnolfo and then partner Mike Gress purchased The Grill, which at that time only had room for 40 customers.  Over several years, John carefully oversaw expansions into the four old buildings to the west.  The remodels have increased seating capacity to meet an ever-growing number of guests, while retaining the restaurant’s celebrated, time-honored charm.

Throughout the Silver Grill, you can see architectural elements from the five original buildings.  Sit in the Lower Downtown room (the room just west of the Main Entrance) and look on the brick wall by the window.  You’ll see the original painted signs used for Land and Livestock in 1913, and the Real Estate/Insurance office in 1922.  The signs were painted on the exterior wall of the building that today is home to our Main  Entrance/Lobby. 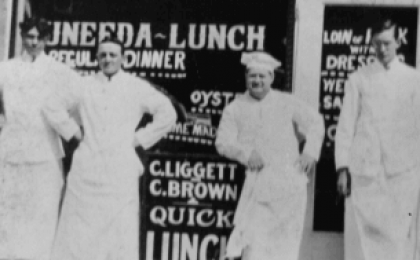 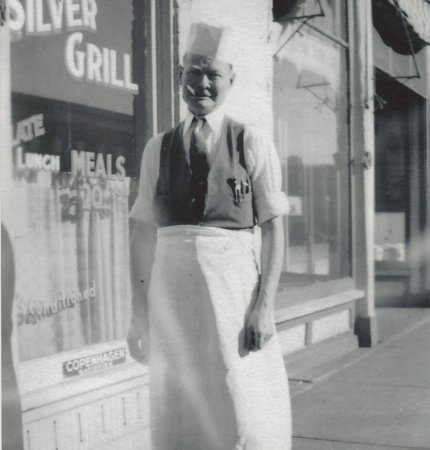